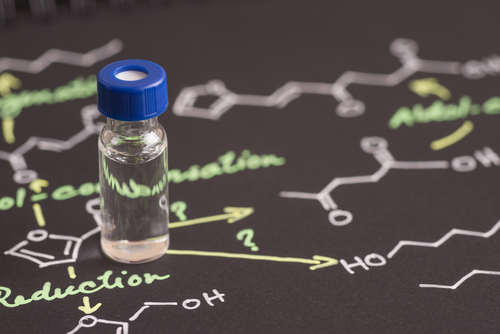 John Quick is Principal Scientist at ALS in Coventry, UK.  He has more than 25 years experience in the analysis of trace level organic compounds through working for the Environment Agency, Severn Trent Water and ALS.

I have come to the view that we have arrived at a significant tipping point in trace level analysis of organics, where many manual procedures are now ripe to be automated.

We are at this interesting position due to the coming together of two sets of technological innovations:

The first innovation means we are now able to design methods that work with 40ml samples; for our customers and the people that take the samples, it is much more convenient to collect, transport and store these smaller samples, compared to the 1 litre samples we have needed in the past.

The second innovation means that, with these new smaller samples, sample preparation can now be automated with instrumentation that is readily available at a reasonable cost.

There are many advantages to adopting this approach:

I have had special interest in the analysis of trace organics by GC-MS for a long time and I sense that we are at the stage where the automation of sample preparation for GC-MS will now become the norm.


Of Moulds and Mycotoxins…

With harvest a couple of months away, farmers and food producers will be keeping a watchful eye on the long…

Another Friday, another host of tips and tricks to get your lab running a little bit more smoothly when things…

Times of disruption often offer us a chance to change habits, take stock and reflect on the ways we’ve always…